Every year at the end of May, Madrid hosts the International Competitive Film Festival dedicated to

the development and promotion of the documentary film genre. In addition to traditional open and closed film screenings, various presentations, exhibitions and master classes are held as part of the event. Documenta Madrid includes two competitive sections – international and national. Awards are given for both feature and short films.

The Madrid Film Festival (FCM-PNR) presents the program of its new edition, in which it celebrates its 30th anniversary.
Impulse for creativity, a new animation exhibition window, a new section OUR CINEMA IN PANDEMIA and a special tribute to the TVE Días de Cine program with some milestones that mark this 30th edition of the festival, which takes place under the slogan “Everything”. for cinema.” 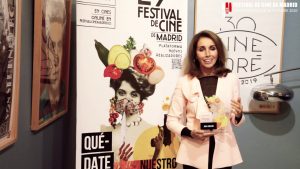 Another 25 works will be shown in parallel sections: the new NUESTRO CINE EN PANDEMIA, FEMMES, dedicated to women’s creativity, and CINE MOLÓN for the little ones.

A NATIONAL TRIBUTE goes to Días de Cine on TVE, the most important film broadcast program on the Spanish stage, which is also celebrating its 30th anniversary.

The INTERNATIONAL section was created by the Bolivian Lab in a clear desire to support creativity by serving as a platform for both potential new filmmakers and established artists. The festival, together with Bolivia Lab, is launching the first FCM-PNR pitching competition this year for projects in development. An activity whose winning project will receive direct selection for development at the Bolivia Lab.

This year also saw an important innovation with the launch of the 1st FCM-PNR Animation Conference, a new window for the Animated Film Exhibition in Madrid, which will feature exclusive images and previews of various animated films produced in collaboration with Spain and Portugal, including Trueba and Mariscal’s new film.

For the first time, a children’s jury will award the CINE COOL section prize, and the 1st children’s film competition will be held under the slogan “Sustainable Madrid”.

The program is complemented by meeting and learning spaces such as workshops by Jaime Chavarri or Andrés Sanz.

An event organized by the Platform for New Filmmakers (PNR) dedicated to the development of Spanish cinema, which will take place from 29 September to 10 October 2021.

In the official part, Veronica Echegui, as director, presents her short film “Tótem Loba”, directed by Félix Tousel Sánchez, Carmela Martínez Oliart, Arturo Valls and Alex Garcia, which deals with the issue of gender equality in the context of adolescence. Roberto Pérez Toledo, for his part, presents the short film “Before the Eruption” about social problems and homosexuality.

A very complete edition that combines a thorough program with options for all audiences and a place for professional meetings and knowledge. Director Jaime Chavarri will give a master class on making low-budget films, and director and screenwriter Andrés Sanz, director of the 2021 Goya nominee documentary El Cuadro about Menin, will give another on writing a documentary from the experimental part .