From 17 October, Chambery will host the Madrid Surfing Film Festival,

which will include a film screening and a photography exhibition at Lucian theaters, ending on the 22nd with a special day at the Honna Surf Hub in Alcorcon. surf space.

This year the festival once again offers a program of events chaired by a poster of surf, art and environmental themed films. It highlights “La Isla de los tigres”, which tells the story of Aritz Aranburu, Kepa Acero and Natcho Gonzalez’s search for one of the best waves in the world on a remote island in the African desert, the organizers said in a statement. 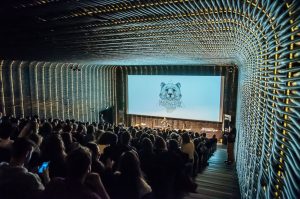 In addition, “Daida Back to the Ocean”, 18-time World Windsurfer Ruano Moreno’s struggle with cancer, or “Sweet Adventure”, a film about travel, adventure and friendship in El Salvador, is also covered. It will also include a photo exhibition and performances by prominent surfers.

The event will be held in two consecutive stages.

In the first phase, from October 17th to 19th, it will occupy the Lucian theaters in Chambery and will have an exclusive closure at the “Honna Surf Hub” which will also host yoga classes and artificial wave exhibitions, all animated with brunch, live music concert and DJ session.

Until March 20, Chilean artist Esteban Agosin is exhibiting his work “La Oreja” as part of the 12th In-Sonora Sound and Interactive Art Festival in Madrid, one of the most outstanding meetings of the independent cultural community. scene in Spain.

“An international instance always allows you to open paths, networks, make connections and, above all, in a festival instance where artists from different parts of the world participate. After two years of everything being cancelled, everything is online, being able to present your work in person and share what you do with other people really makes sense,” Esteban Agosin told the Culture Department. , Arts, Heritage and Public Diplomacy (DIRAC) of the Ministry of Foreign Affairs.

The electronic and sound media artist also thanked DIRAC and DXARTS Washington for “allowing him to fund this trip and be here,” he said. 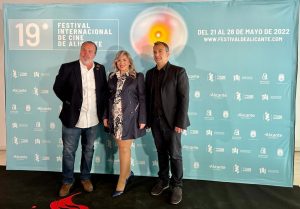 “La Oreja” – a project of listening, observation and artificial intelligence; a device that collects human voices, converts them into text and creates new texts based on this information. This is a parabolic microphone that rotates 180 degrees, and when voice is detected, it stops and begins to pick up environmental sounds, process the voice, and generate false information. With this scene, the artist emphasizes that the ear is a machine that, with the help of an artificial intelligence system, creates ideas in real time based on what it hears.

Thus, this part can be defined as the ironic idea of ​​the surveillance system. In a sense, it is not a perfect and functional machine, as it constantly errs, distorting the original information from the source, creating misinformation and potentially false, digital garbage that in some way undermines the expected fantasies of technical perfection. .

The installation experience shows how the human voice becomes a digital object that can be analyzed, recorded, transformed, stored and used, questioning the concept, meaning and value of information, privacy and freedom in our modern society. It also calls into question the relevance of the data collected in surveillance systems, as well as the ethical and political limitations of this type of device.

Esteban Agosin is a musician and media artist. He graduated from the University of Music in Valparaiso, Chile, and holds an MA in Electronic Arts from the National University of Tres de Febrero, Buenos Aires, Argentina.

His work and research has been developed in the fields of new media, electronic art, interactivity, sound art and music through digital media, which have been presented at festivals and concerts in Chile, Argentina, Colombia, Cuba, Brazil, Spain, Norway, Sweden, USA and France.

Since 2008, he has taught courses, workshops and conferences on new technological media and is a professor at the Catholic University of Valparaiso, the University of the Mayor and the Institute of Arts of the National University of Buenos Aires.