Documenta Madrid, International Film Festival of the Department of Culture

Tourism and Sports of the City Council of Madrid, organized by the Cineteca Madrid, is coming to the middle of its celebration. After the closing of in-person programs at Cineteca Madrid and Filmoteca Española, the festival will continue to offer the best online cinemas on the Filmin VOD platform. Personally, you can also continue to use the Documenta Madrid offer at the Reina Sofia Museum. 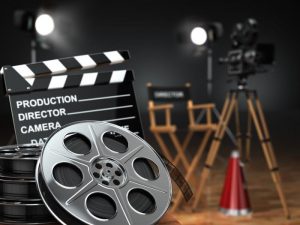 From May 30 to June 5, Documenta Madrid presents an exclusive screening of 13 films at Filmin. On the one hand, the Perspectives section will be filled with some of the best creations of 2021 that, due to their quality and valuable interest, deserve to be seen, admired and recognized at this 19th festival. A virxe roxa by Marcos Nine, “Welcome Mr. Banksy” by Carlos A. Quiroz, “D’ombres” by Joan Tisminecki, “The Rooftop Singers” by Enric Ribes Reig, Margarita Ledo. Parolar cun eu Xisela Franco Costas, Et pourtant elles étaient là Caroline Astudillo Muñoz, José Nicolás, Lucien Petitjean and Marta Alvarez, El BunkerMarcos Garcia. At one point, they were the same person, played by Victoria Oliver Farner, and Chinquito, with the right to play Chiela Nook and Andrea Bidet, are the nine films that make up this section.

For its part, Inside Cinema Focus will consist of a trilogy

of feature films produced within the Cineteca and Matadero Madrid School of Inner Cinema, an artistic and therapeutic project led by Pedro Sarah and Violetta Pagan. Love Without a City (2020), Light-Sensitive Ages (2019) and the recent film Which Planet Will Rule (2022) are three films where the pieces of life intersect to form a complex and radiant puzzle. Cinema created by adolescents and young people at risk of social exclusion who film and interpret their experiences beyond cinematic representation.

Movies, in addition to being available in the aforementioned sections, can also be viewed in the “Festivals” category of the platform.

In-person programming continues at the Reina Sofia Museum. Until June 25, the series “Stop forbidding, I can not disobey everything that Documenta Madrid and the Reina Sofia Museum dedicate to the cinema of Gonzalo Garcia-Pelaio” will continue to be shown. A journey through the films made between 1976 and 1986 by one of the cult authors of international cinema, rediscovered in recent years.

In his five historical feature films – “Manuela” (1975), “Life in Seville” (1978), “Facing the Sea” (1979), “Corridas de alegria” (1982) and ” Rocío e José” (1982) – García-Pelayo’s retrospective is articulated in the program. of six thematic sessions with projections that involve other contemporary artists and filmmakers, opening up a transversal and intergenerational dialogue with the work of García-Pelaio. Thus, the cycle is built on the enthusiasm that this author has aroused in the younger generation, which will reformulate yet another history of Spanish cinema.