organized by the Department of Culture, Tourism and Sports of the Madrid City Council. The festival’s in-person events drew 3,416 people, 1,300 theatergoers more than 2032 in the previous edition (a 68% increase compared to 2021), while the digital aspect of the festival, with limited screenings such as new this year, reached the figure 8544 spectators. 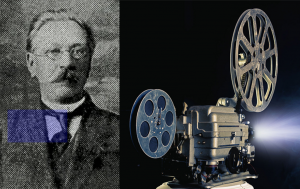 In total, 930 films from 77 different nationalities were registered to participate in the competition sections of this edition. Of these, 271 are Spanish-made or co-produced. The Final Cut section, dedicated to films in the final stages of Spanish production or co-production, received a total of 36 entries from advanced editing projects. For another year, the festival broadcasts the best cinema from around the world, focused on contemporary cinema and with a special interest in new aesthetic stakes, films inspired by various forms of science fiction and exploring audiovisual forms without regard to their definition, duration, genre or category.

the 19th edition of Documenta Madrid spoke about the protection of cinemas without labels. Combining the work of the most famous directors with unexpected debuts, the festival offers in-person programs at the Cineteca Madrid as its main venue, as well as two collaborating venues: Museo Reina Sofía and Filmoteca Española.

As a novelty this year, Documenta Madrid has implemented bandwidth control for its online programming through the Filmin VOD platform as part of its commitment to the film distribution and exhibition sector, looking for sustainability models across digital content distribution and traditional big screen viewing. With this formula, the festival had 8,544 online viewers who enjoyed the program tailor-made for VOD Filmin, promoting responsible consumption through digital platforms and deepening the debate about the future of cinemas. The commitment to the professional sector has also materialized in face-to-face side events for professionals and the public in training, 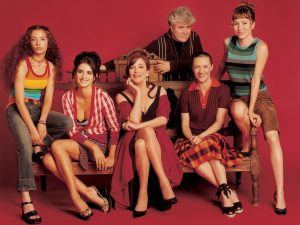 Luis E. Pares, Artistic Director of Cineteca Madrid, states that “as a festival, we felt responsible for collecting all the questions generated by the current scenario and provoking answers through the content developed. We did not want to be just a space for an exhibition of documentaries, but rather a place where we can face the realities included in the program, with the proposals of famous international filmmakers and new voices. After the pandemic, Documenta Madrid 2022 wanted to restore the collective audiovisual experience, understood as the activity of the necessary dialogue between the viewer and the cinema.”

For their part, art curators Mariana Barassi and Diego Rodriguez argue that “the festival was able to test the power of contemporary creativity, the participation of representatives of the documentary film industry and the public that participated in various activities, given the sector in constant search, alive and in harmony with the changes of new screens and audiovisual tools. The dialogue between established artists and new directors has reinforced one of the pillars of the latest release, as well as the promotion of the most daring national creations, representing a high percentage of Spanish cinema that is seen abroad.

Outside of the official dates of the Festival, you can still enjoy the Documenta Madrid program until June 25 at the Reina Sofia Museum with the retrospective “Stop forbidding, I cannot disobey everything Documenta Madrid and the Reina Sofia Museum dedicate to the cinema of Gonzalo Garcia”. – Pelayo. A journey through the films made between 1976 and 1986 by one of the cult authors of international cinema, rediscovered in recent years.