the creation of quality films and audiovisual projects created using new digital storytelling and new technologies such as smartphones, tablets, drones, GoPro cameras, dsrl cameras and others. as well as creative and innovative methods.

The theme of this year’s festival is “artificial intelligence”, its impact on cinema and an analysis of its social, cultural and ethical impact on the world today from the perspective of the future of audiovisual media. 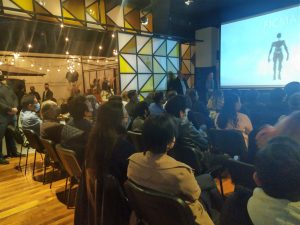 The official FICMA prize consists of a printed or digital certificate, as well as in-kind prizes in some categories from our sponsors, information about which will be published on social networks and on the official website.

The submission and participation of a film or project implies full acceptance of the terms and conditions of the festival.

• Applications will be open from 4 April 2022 to 31 July 2022, with no possibility of extension, and the result notification date will be from 1 November.
• Face-to-face and online functions will be implemented.
• All films and projects in a language other than Spanish must have Spanish or English subtitles, except in certain categories where this is not required.
• Films and projects selected for the “Official Selection” and/or “Competitive Selection” must have Spanish subtitles. they will also be provided with a link to companies associated with the subtitle service, the cost of which will depend on the project in question, this will be discussed with the participant via email and / or through a private mobile phone (WhatsApp).
• All participants must register their film with a specific mobile phone number and permanently used email.
• Domestic and foreign filmmakers will be able to participate with films and projects shot between 2020, 2021 and 2022.
• Films and projects submitted in all categories must be created using devices such as smartphones, tablets, action cameras, drones, DSLR cameras, Blackmagic pocket cameras, Osmo, 360° cameras, or other alternative technologies (such as Zoom, Parkview cameras, surveillance cameras, digital animation, etc.).
• Films shot with Red One, Scarlet X, Epic, Arri Alexa, Sony f6, 35mm, 16mm or any professional or conventional cinema camera will not be accepted.
• Films and projects that have been registered must clearly state what devices or creative media they have used to make them, by checking photos, footage or video (behind the scenes). 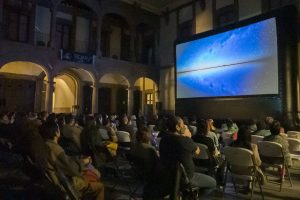 • Registration during the regular period will begin on April 4th and end on July 31st, with no possibility of renewal.
• In April and May, registration for international and Mexican preselections will be free. And from June 1, a registration fee of $15 for feature films and $9 for other categories for late registration will be charged.
• After the competition closes in August and September, a preliminary selection will be held. The FICMA team will contact pre-selected filmmakers via email and/or whatsapp (email address that is frequently checked and whatsapp number is required) to request materials and information not included in the requirements of this competition.
• If there is no response from pre-selected filmmakers within 2 weeks, the project will be automatically disqualified.
• Filmmakers will be able to register and pay fees for their projects through the FILMFREEWAY and FESTHOME platforms, where they must be able to download to view with a link and password.
• Format to view and download: MP4 1920 x 1080 full HD WITHOUT WATERMARKS and in the best quality your device or camera allows, no physical copies will be accepted.

• Participants will be able to submit one or more films in all categories, the number of projects for registration is not limited.
• Commercials or corporate or government videos are not accepted.
• Once a film has been registered with the festival and subsequently selected for official selection, the project will become part of the Seventh Edition of FICMA 2022 and cannot be withdrawn or canceled from the final program.
• Participants are required to provide a press kit containing a technical data sheet, stills from the film (300 dpi, in jpg or png format), director’s photo (300 dpi, in Jpg or png format), film poster, production photos (300 Dpi, in jpg or png format) trailer (optional).
• This press kit must be pre-organized in a Google DRIVE or Dropbox folder with permissions to share on the FILMFREEWAY and FESTHOME platform where the material can be downloaded.
• Any questions or clarifications on the inscriptions of films, write to the mail: [email protected]/[email protected]