The FCM-PNR Madrid Film Festival is already an event of the city of Madrid.

It is the oldest film competition in the capital and since its first edition in 1991 it has been consolidated as a fundamental showcase for emerging productions, to which it gives shelter and promotion, bringing together the best selection of the diverse national cinema that is not marketed in our country. With a focus on works by new filmmakers, it is a meeting place in constant search of new narratives and creators who need a window from which to project themselves. 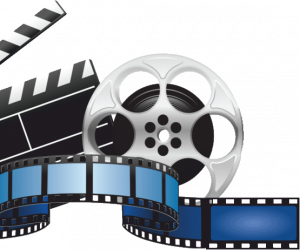 Its own and differentiated identity means that its public grows year after year and is renewed with new generations of spectators and authors, many of whom over the years will be the ones who show their works to the general public and who will be attracted by them, which has been happening in previous editions. In short, it constitutes one of the unmissable events for the film-loving public in Madrid and occupies a relevant position in the national festival circuit, for which it is included in the shortlist of candidates for Best Short Film at the Goya Awards of the Academy of Arts. and the Cinematographic Sciences of Spain.

consolidated, with identity and personality, a place of its own on the annual schedule of events… and that is the FCM-PNR Madrid Film Festival, a national benchmark. It demonstrates its commitment to new Spanish productions by maintaining for three years the payment for selection to participants in official sections of both feature films and short films, as exhibition rights, and, in addition, seeks to distribute prizes or other material rewards to the best works of these sections, thus encouraging these cinematographies and supporting the weak Spanish industry of production, distribution and exhibition to the extent of its possibilities. Over the years, it has had the support of both institutions Margenes focuses on films that meet formal and ethical obligations to cinema and society that have not been released commercially or that have had difficulty accessing normalized distribution. It has a place for films of what until recently was called “another cinema” or “new cinema”. Films from Latin America, Spain and Portugal participate in the competition. These are very stimulating works that go beyond traditional commercial schemes. Festival Márgenes is a unique event that combines online broadcasts and in-person screenings on two continents.

The Madrid International Film Festival is opening the registration period in the official section of its twelfth edition, which will take place in Madrid from 22 to 27 November. As a novelty, the invitation is open to films from all over the world. In this way, the festival moves from an Ibero-American to an international sphere, while maintaining its strong commitment to the renewal of audiovisual narratives.